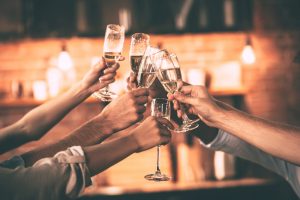 This month, Monarch Carpet, Drapery, & Upholstery is proud to celebrate 80 years in business. This milestone marks the achievements of two generations of family owners who have always operated on the credo “provide the best service possible.”

The company was founded in 1937 by Sanford Rosenberg and Moe Gertsman. At that time, it was called Monarch Rug and Drapery Cleaning, which were the two core services offered in the early years of the business. It wasn’t too long before the founding duo began expanding Monarch’s service offerings to include furniture cleaning; custom window treatments; carpet, vinyl, wood, and tile flooring sales and installation; and rug fabrication.

The company quickly outgrew its first location at Melrose and Virgil Ave, and in 1946, Monarch relocated to its present location on West Temple St. To coincide with the move, and to reflect the growing company’s expanded range of services, Monarch Rug and Drapery Cleaning became Monarch Services.

As Monarch Services grew, a new generation of leadership took the helm: Rosenberg’s stepson, Joel Friedman, and Gertsman’s son, Jeff Gertsman. Between 1980 and 1997, the company expanded 20 times. It soon occupied a 25,000 square foot facility that buzzed with activity around the clock. Showrooms displayed vast selections of carpeting from 35 mills along with plenty of other types of flooring samples.

The company was using some notable equipment, including a Moore Rug Cleaning Machine, which was one of only three in the state, and a massive serging table. This table was 30 feet long with hundreds of air holes to “float” a carpet easily over its surface while workers bound, serged, or fringed it.

Monarch Service’s rug design, fabrication, and customization business enjoyed particularly rapid growth during this time, as the company picked up commissions to create custom rugs for major venues in the LA area such as The Music Center. Monarch can design carpets to match paintings or incorporate monograms among other things.

As the company streamlined its services back towards carpet and flooring, the name Monarch Services began to seem too broad. The name was changed to Monarch Carpet, Drapery, & Upholstery in a nod to the history of the company. Numerous options for rug finishing plus a variety of seagrass products and a complete selection of flooring products from every major manufacturer are now part of the company’s offerings.

Today, Monarch Carpet, Drapery, & Upholstery continues to deliver superior service to clients throughout the greater Los Angeles area and looks forward to serving the community for many more years to come. 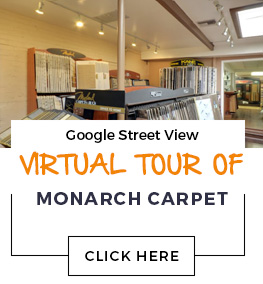